This chart illustrates where Cyph generally stands in comparison to alternative solutions: 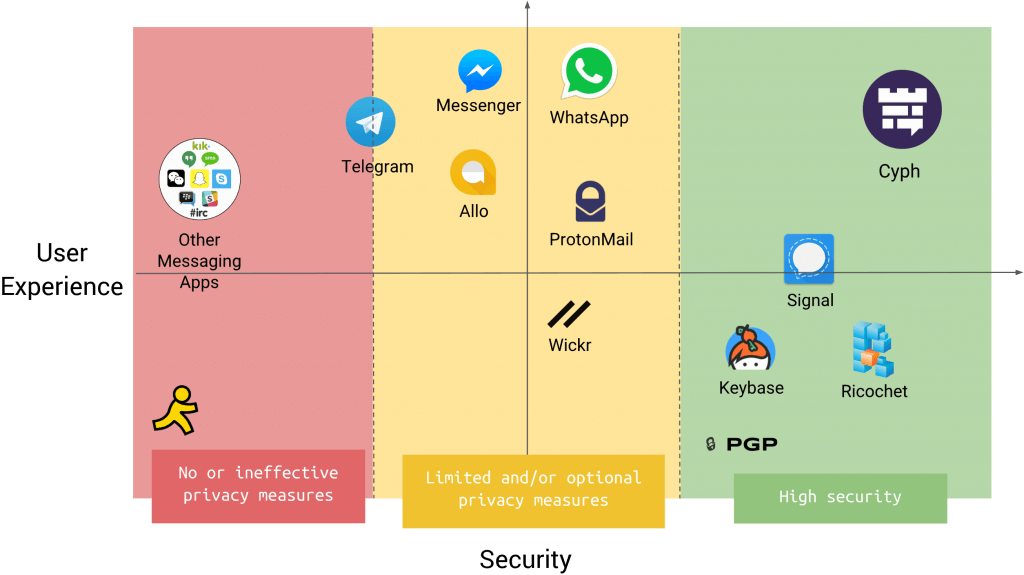 In addition to a very successful audit/pentest by Cure53 (report), continuing internal reviews and architectural consultation with Cure53, and heavy use of automated static code analysis, the core technologies employed to accomplish this are:

Note that quantum-resistant cryptography is a feature unique to Cyph among high-security messengers, and by default is always enabled.

While superior for securing extraordinarily sensitive data (and now recommended by the NSA), it is less space/bandwidth-efficient than classical cryptography, so for some use cases it may be desirable to deploy a self-hosted Cyph environment with the quantum-resistant cryptography flagged off.

Secondarily, Cyph aims to package this security in a way that’s intuitive and pleasant to use, because the most secure lock in the world isn’t very helpful if it’s too complicated for real people to use or too easy to accidentally leave unlocked.

The following factors combine to give Cyph a user experience comparable to non-secure communication software — without compromising on our security requirements or making our user protections easy to circumvent:

To remove all doubt as to which components of Cyph are and are not proprietary to Cyph, Inc., this is the intellectual property status of all relevant technologies: